I can't think of a better way to spend my birthday:


- singing in the morning at Church of the Messiah

- leading evening worship at The Gathering

- Thai food with all the family

- lots of chocolate, and a new MacBook Air!

And now that my birthday's over,
we can sing Christmas carols!
Posted by Allison Lynn at 5:31 PM No comments:

I don't even know if it's fair to still call it our "tour concert." It was developed on tour, but since then, we've added new songs, and continued to tweak and tighten the transitions. I think I would just call it "our concert" now.

Either way, it was a fun night with an appreciative crowd. There were lots of photos taken, and I'll try to get them up soon.

We're starting our busy season now. Our product table was full of Christmas specials, and after Sunday, we'll be able to sing Christmas carols at home!
Posted by Allison Lynn at 11:28 PM No comments:

You can visit the album here. 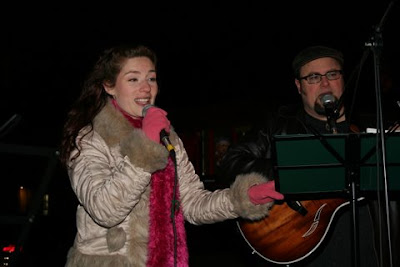 Posted by Allison Lynn at 10:38 PM No comments:

November 18, and we've just completed our first Christmas gig of the season!

We braved the cold and wind to sing for tonight's Christmas tree lighting in the Kerr Village area of downtown Oakville. Outdoor gigs are always a challenge, but never more so than in near-winter weather. The wind blew over our music stands, so I sang the whole set holding on to Gerald's stand to keep it in place. The weather played havoc with the sound, knocking out the guitar feed several times. And the cold cut through all our clothing and turned Gerald's guitar-playing hands into fleshy knots.

But there's something special about singing Christmas music! Despite the chill, everyone seemed happy and appreciative - we even had some little girls dancing at the foot of the stage. 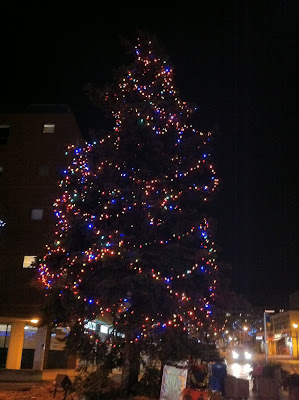 The point of the evening!
About halfway through the set, Gerald turned to me and said, "Let's do Lean on Me." Not Christmas, but whatever. As we were singing it, a woman approached Mom at the CD table. She had a large bandage covering part of her face. "I've just finished cancer treatment. Part of my nose has been removed, and this is the song that got me through it." She bought our hymns CD, and Mom gave her a few angel ornaments, just because.

This week, we received encouraging news about someone we know who's fighting cancer. I can't help but think that we heard this woman's story for a reason tonight.

We got lots of photos tonight. I'll post them later - when I defrost a bit!
Posted by Allison Lynn at 11:18 PM No comments: 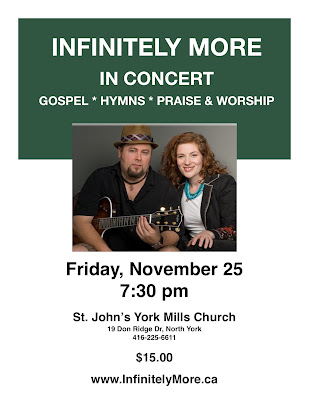 Mark your calendar and join us for a great night of
music and inspiration!
Posted by Allison Lynn at 8:38 PM No comments:

We're attending Break Forth!
Last year, we attended this awesome worship conference, and it was just incredible. 3 full days of learning from some of the best leaders in worship skills and songwriting, with 15,000 people from all across Canada.

We'll be booking some concerts in the Edmonton area for January 24, 25, and 26. If you're interested in booking us, please visit here. 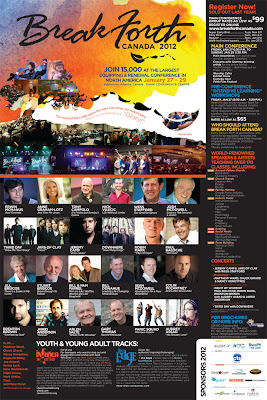 Posted by Allison Lynn at 2:35 PM No comments:

Today was hardly a "day of rest" for us,
but it was definitely a vibrant and memorable Sunday...


- a sermon from the Bishop

- tech issues from a buzzing mic

- Gerald's mouth trumpet on "Oh When the Saints" 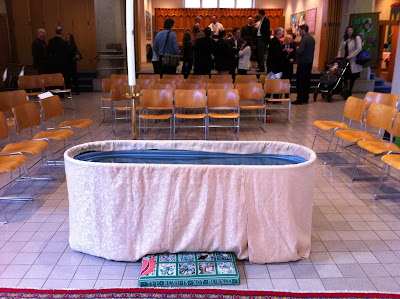 The font at Church of the Messiah. Yes, the baby went completely under!


- band rehearsal moved to a new room for the day!

- Communion at The Gathering

- awesome band that can play beautifully with an unplugged rehearsal 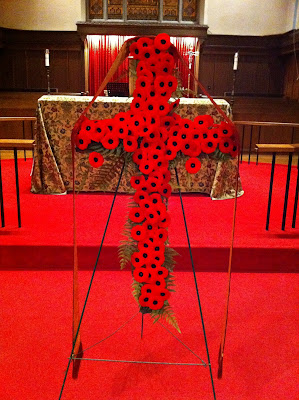 We each pinned a poppy on the cross as we gathered around the altar for Communion.


Thankful for a full day, and a well-earned tired. 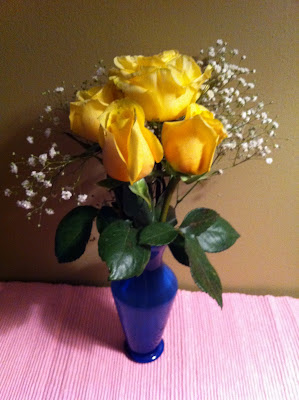 Flowers from the altar guild at Church of the Messiah - thank you, ladies!
Posted by Allison Lynn at 10:59 PM No comments:

My Dad got a cover story!

My Dad, Rev. Hollis Hiscock, has written a great article for
Silver and Gold magazine called

It's made the cover of the magazine! 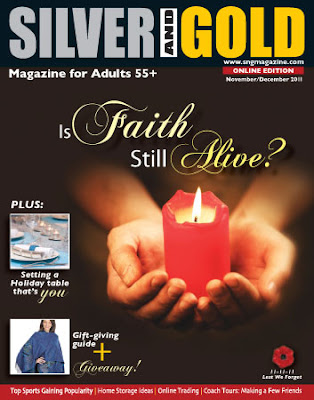 You can find the magazine by clicking here.
The article is on page 8.