Back to Church Sunday

Today, we played two services at St. John's York Mills to celebrate Back to Church Sunday.

Many churches put on their game-face today, and we were no exception. The music in the morning made use of our talents, the choir, the worship band, organ, and handbell choirs. The sermon was ripping, and the congregation stayed after the service for BBQ and bocce ball. Each group in the church prepared a booth for a 'trade fair,' and Gerald and I even performed a little outdoor concert. So thankful for perfect weather! 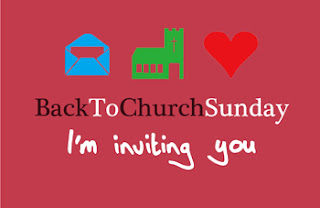 At The Gathering, we had a full band, complete with saxophone, violin, and organ. Our pre-service song was our new arrangement of "Somewhere Over the Rainbow" and our solo was Gerald's new ballad, "Oh My God, I Love You." After a moving message inspired by the book of James, we gathered around the altar for an intimate communion.

One person said to me today, "This feels like Easter." Today was a lot of work for some of us, but it's so worth it with a comment like that. Of course, shouldn't our worship always feel like Easter? Shouldn't we always have that feeling of joy and freedom?


So the challenge: How do we make Easter every Sunday?
Posted by Allison Lynn at 9:39 PM No comments:

Book Review: 1,000 Days - The Ministry of Christ, by Jonathan Falwell 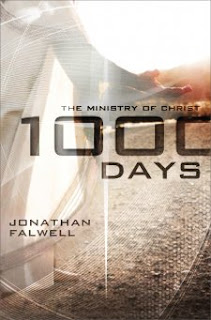 I chose to review this book because I love the starting point: Jesus came to Earth to give us salvation. He could have done that in a day, but instead, chose to walk with us in three years of full-time ministry. If salvation was the only goal, why bother with the three year ministry? What was that all about?

I was hoping this would be an in-depth look at those three years, picking apart the details of Jesus's words and actions. Instead, the book is organized in broad strokes. I think as a "Jesus 101" book, this is great. If you're new to the story of Jesus, this is a great way to get an overview. But for those of us who are looking for something deeper, this book won't provide it. There are some great nuggets of insight in the book, but they were too few and far between to keep my interest.

If you're new to the faith, or not a Christian but interested in the story, check this out. There are also questions for personal reflection or group discussion at the end of each chapter.

Disclosure of Material Connection: I received this book free from the publisher through the BookSneeze®.com book review bloggers program. I was not required to write a positive review. The opinions I have expressed are my own. I am disclosing this in accordance with the Federal Trade Commission’s 16 CFR, Part 255 : “Guides Concerning the Use of Endorsements and Testimonials in Advertising."
Posted by Allison Lynn at 12:32 PM No comments:

Not long after the events of 9/11, Gerald met a first responder.
He captured his story in the song "Angels in the Dust"
and recorded it on his new CD Every Church is a Small Town.

This simple video shares the story of "Angels in the Dust."
Listen, remember, and share...

You can download the song at www.InfinitelyMore.ca/Store
Posted by Allison Lynn at 8:28 PM No comments:

It's been an amazing month. We've been so blessed to enjoy hour upon hour with our beautiful extended family, our generous hosts, and our fantastic audience members.

We're so grateful to everyone who has been a part of this journey!

And tonight, we're also grateful for our own bed,
our sweet puppies,
and a family to welcome us home...
Posted by Allison Lynn at 10:58 PM No comments:

We couldn't leave Quebec without visiting the lower part of the old city, so before heading west today, we drove downtown and squeezed in a few more hours of beauty.

The lower part of Old Quebec is definitely, without-a-doubt, our favourite part of the city! The buildings are all dated, and many date back to the 1600's. These streets felt even more twisty and intimate than the upper city. We spent hours drifting through antique stores and art galleries. We watched artisans blowing glass. We ate the most amazing breakfast-for-2 on the most beautiful courtyard patio.

A word too on the wonderful buskers here in Quebec. We've seen guitarists, keyboardists, flautists, and dancers. We even saw an opera singer who was playing her accompaniments on what only can be described as a large music box she had strapped to her waist. The musicians filled every block, but never close enough to be in competition.

So now, I'm writing from Montreal. We've had a little walk, a great meal, and now we're resting in the hotel room.

This morning, I took a bus that could only be equated with Mr. Toad's Wild Ride down to Old Quebec to attend worship at Holy Trinity Cathedral. The service was the well known Anglican communion (service from the Book of Alternative Services & hymns from Common Praise), but there were so many special touches!

The Cathedral sponsors missions to Burundi, so today's message came from the missionary herself, and special music was provided by musicians who had traveled from Burundi. They played guitar, piano, and rhythm instruments. Their voices infused the sanctuary with sounds of praise.

Three young children from the church had prepared a Burundian song to sing after the message. As they started, it was clear that they were shaking with nerves. The Burundian musicians in the pews began to sing along softy to encourage them. As the children smiled at the support, the musicians, one by one, left the pews and stood alongside the children. Their soft voices lifted the energy of the children, and we were all witnesses to the power of walking beside another... without a doubt, the most powerful moment of the day.

The prayers were also incredible in this worship service. This congregation is English, but a few prayers were said in French, and the blessing was given in German. When it came time for the Lord's Prayer, the Dean said, "Please say the Lord's Prayer in your own language." So we prayed in English, French, German, Burundian, and possibly more. I was reminded of the day of Pentecost when the apostles spoke in every language.

The rest of the day was dedicated to enjoying this glorious city. We strolled through alleys of artisans, enjoying the paintings, sketches, woodwork, weaving, and jewellery.

As we took a break on one of the hundreds of patios in Old Quebec, an accordion player filled with air with French and Italian classics, including my favourite, "La Vie En Rose."

We ended the day with an amazing meal, fruity gelato, and a late night walk along the top of the wall that encircles the city.

This weekend has been such a time of beauty. It's been a long month, but we're definitely going home refreshed and feeling relaxed...
Posted by Allison Lynn at 11:03 PM No comments:

We're having a great day in Old Quebec!
Taking a little rest now to gear up for tonight, so I thought I'd post a few photos.

You can see them on our SITE and FACEBOOK page. 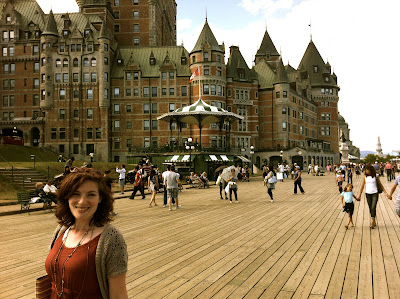 By the beautiful Chateau Frontenac...
Posted by Allison Lynn at 4:54 PM No comments:

I woke up this morning to the sounds of Gerald playing songs in the kitchen area of our hotel room. Can't think of a better way to start the day...

It's fantastic to have a few days to just have fun here in Quebec City. We took the bus to Old Quebec, which is one of the most fantastic places in the country. The old city is surrounded by a stone wall, and the buildings within were built anytime between the 17th and 19th centuries. Roads are cobblestone, and lined with restaurants, cafes, artisans, churches, and shops.

We enjoyed hours of exploring, including a wonderful cafe respite of sipping cappuccino and nibbling on fresh-baked treasures.


I've posted a few photos of our day on our SITE and FACEBOOK page.

It's hard to capture this kind of day in photos - we highly recommend a visit! 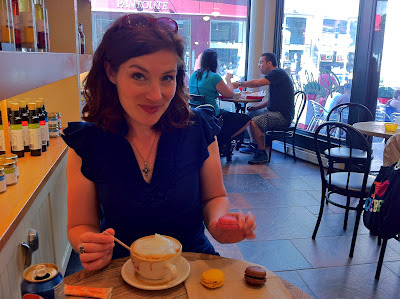